‘Impassable’ wins 3rd place in the International Landscape Photographer of the Year competition!

But….that’s not the whole story. The judges also awarded ’Impassable’ first place in the 2014 Hot Location Award – Iceland… Somewhere along the line the judges assumed ’Impassable’ was taken in Iceland. I must stretch that I’ve already received several apologies from the organization and they clearly stated the error was theirs. I have never stated nor implied the image was taken in Iceland. A new winner for this category will be announced shortly. What’s my take on the whole issue? Well, we all make mistakes. No hard feelings here. On the contrary. I think it shows how ’hot’ our small and flat country can be. And despite not being shot in Iceland, I’m still glad the judges appreciated my image. Perhaps I should go to Iceland after all…

So, where was the image taken? At the shores of Lake IJsselmeer just south of a small town called Stavoren in the Netherlands.

Don’t forget to view all the other amazing winning images. The winning and top 101 images are also included in the ebook which you can download for free. 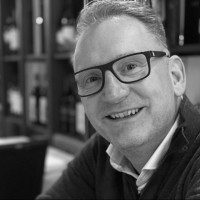 Congratulations Bas. Winning a third prize with a ‘wrong’ composition (like you taught me) isn’t that bad 🙂
And maybe the jury didn’t understand the category Iceland itself. Seems pretty much an iceland to me!

Congrats on winning 3th price in International Landscape Photographer of the Year competition. Beautifull photo which shows how diferse the Dutch Landscape can be. Wonder though how it would have been doing when uploaded in collor.
Nevertheless, wonderfull shot